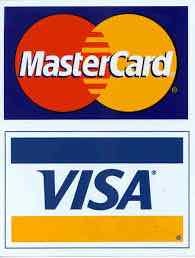 Raúl Eberhard Oyarzun, painter and visual artist. He was born on June 8, 1955 in Valparaiso, Chile.
In 1973 he entered the race in Art History at the Catholic University of Valparaiso. During this period he made an assistantship to Professor Patricio Varas in the chair Psychological Games, which made it the key for further development as a painter.
For nearly twelve years the artist was dedicated to Gestalt therapy in Chile and Buenos Aires, Argentina. In 1979 he worked as a student of painting restoration workshop. The same year, he worked as an illustrator in the newspaper El Mercurio and the Journal of Education, published by the Ministry of Education.
In 1990 he moved to Spain and became part of the artists Sammer Gallery of Madrid, one of the most prestigious galleries pictorial Spanish market. Since his arrival in Madrid the painter exhibits his work in Spain, in Chicago and Miami in the United States and Germany.
Among other activities in Chile, will tell the director of the Gallery La Cumbre de Viña del Mar where he organized a series of creative meetings with musicians, actors, poets, writers and artists, an initiative that ended with a Award which gave him the review of the city of Valparaiso. He has taught courses in art history, human figure, color and pattern in a Design.